In the early 1960s, Capt. William A. "Bill" Gary, an Arizona rancher and retired U.S. Marine Corps Reservist, wanted to send his son to a school that embraced the ideology of the Marine Corps. He believed that the Marine Corps’ concepts of leadership, discipline and moral values could be successfully applied to a college-preparatory education. Capt Gary could not find such a school, so in 1963 he recruited a group of prominent Marines to start one. 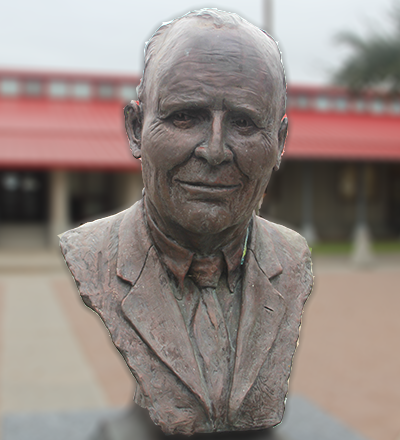 The school's home was to be in Prescott, Arizona, until Capt. Gary and his supporters learned of a defunct military base in Harlingen, Texas. The former Air Force base was used to train combat navigators during World War II. The Marines envisioned this site as a campus for an all-boys, military boarding school. Capt Gary and his team then began structuring the educational laboratory that would develop today’s young men into tomorrow’s leaders. Capt Gary's son, William "Bill" Jr., was the first cadet enrolled.

On September 9, 1965, Marine Military Academy opened its doors to 58 cadets. Six of them would graduate that year and comprise the school's first class, the Class of 1966. Today, MMA is home to young men from across the globe and the alma mater to thousands of alumni. MMA’s proven education model makes it among the world’s top boarding schools for adolescent males.