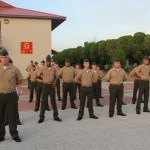 Military Schools – They’re Not for Troubled Teens Mr. John Ryker Military schools have traditionally been viewed as an academic alternative for troubled teens, but not anymore. Over the last few decades they have risen to reach the highest echelons of education. The improved academic curriculum combined with the traditional programs of military and physical training have made military boarding schools a top choice for parents—and not just parents of troubled adolescents, but parents who want their child to have a … END_OF_DOCUMENT_TOKEN_TO_BE_REPLACED 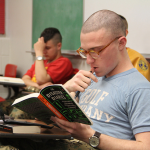 The Ultimate and Somewhat Unknown Advantages of Military Schools Mr. John Ryker Often when people consider military schools as an option for their child, they focus on the traditionally known values such as character building and discipline development. There are however many little known advantages of a military type education that most of us are not aware of. Yes these institutions are known for their ability to foster a sense of community and teaching leadership skills, but did you know that … END_OF_DOCUMENT_TOKEN_TO_BE_REPLACED

Marine Military Academy: A Newer, Better Military Academy Maj Harold Compton Parents of my generation have a vivid memory of what they thought of a military academy. Their ideas were formed based on their experiences as a teenager. These were the schools where all the problem students were sent. Our parents used to say, “If you don’t straighten up, I’m sending you to a military academy.” It was thought of almost in the same way as a reform school…and for good … END_OF_DOCUMENT_TOKEN_TO_BE_REPLACED